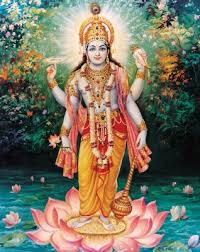 Jivat Putrika vrat or also known as Jitiya is a festival celebrated mainly in Bihar, Jharkhand, and UP. Today, Lord Jimutavahana or Vishnu is prayed. This Vrat takes place on Ashwin Krishna Ashtami or eighth day of first half of Ashwin month. This is a 'Nirjala' Vrat or a fast where even water is avoided.

Consider  this - We are all manifestation of our many-many ancestors, who came and went before us from this world. A part of all of them is carried through in us and makes us what we are today. Just like we have our duties towards ourselves, our next generation (our children), we also have duties towards our gone by previous generations (our ancestors or Pitr).
Read more »
on September 26, 2012 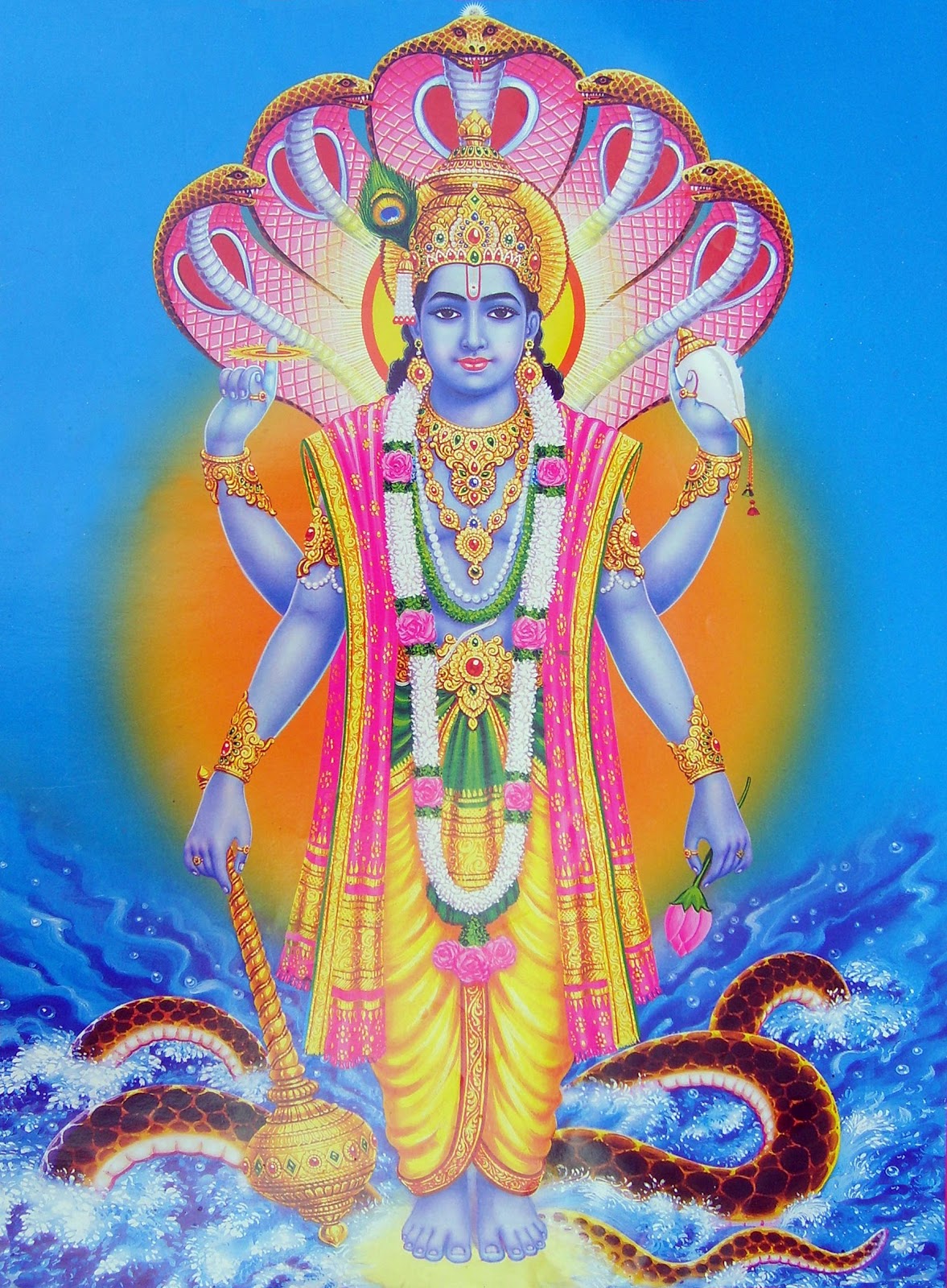 First, today the 10-day long Ganeshotsav comes to an end and Ganesh Visarjan takes place with great fanfare all over the world by Ganesh devotees. One bids farewell to the beloved 'Ganesh Bappa' and requests him to return again next year and bless our homes, loved ones and us.

Maha Lakshmi vrat or Varalakshmi Vrat is a prayer/fasting that lasts for sixteen days. It is believed that Lord Shiva recommended this Vrat to his wife, Goddess Parvati, to gain wealth and prosperity. Varalakshmi is one who grants a 'Vara' or boon. It is an important pooja performed by many women in both North and South parts of India like Karnataka, Andhra Pradesh, Telangana, Tamil Nadu, Maharastra, and Uttar Pradesh.

The Hindu festival, Vara Mahalakshmi Vrata, is celebrated on the Second Friday or the Friday before Purnima, or full moon's day, in the month of Shravana, around July–August.

Maha Lakshmi or Vara Lakshmi Vrat is a special Vrat that gives wish-fulfilling results in wealth, prosperity, fertility, courage, wisdom, and success. A devotee prays to the 'eight roops' or eight aspects of Goddess Lakshmi in her Ashta Lakshmi form. The eight representation of Ashta Lakshmi are the eight goddesses of Wealth, Earth, Wisdom, Love, Fame, Peace, Contentment, and Strength.

The Eight forces or energies of Lakshmi are also Shree (Wealth), Bhu (Earth), Saraswathi (Wisdom), Preethi (Love), Keerthi (Fame), Shanthi (Peace), Santhushti (contentment) and Pushti (Strength). Each one of these forces is called a 'Lakshmi':

All the eight forces combined are called the Ashta Lakshmis. Vishnu is also called 'Ashtalakshmi Pati' or the husband of Ashtalakshmi.

In Bhavishya Purana, one of the eighteen major Puranas or ancient Hindu scriptures, there is a legend that explains the significance of Mahalakshmi Vrata. Lord Krishna recommended this Vrat to the Pandavas after they lost everything in their gamble with the Kauravas. Krishna assured the five brothers that they would regain their kingdom, wealth, prosperity, family, and fame by observing this Vrat.

Varalakshmi Vrata is observed by a sumangali or married woman for the well being of her husband, children, and family members. It is believed that worshiping the Goddess Varalakshmi on this day is equivalent to worshiping Ashtalakshmi.

1. On the auspicious day of the vrat, women get up early in the morning and begin the ritual fast and perform the Varalakshmi Pooja, in which they offer mithai or sweets, lit diya, and flowers to the Goddess.

2. People who perform the Varalakshmi Puja refrain from eating that day. Either they hold a complete fast or eat fruits and milk.

3. A clay or brass Kalash is a pot that symbolically represents the Deity. It is wrapped and decorated with a sari. A swastika symbol is drawn with kumkum and sandalwood paste on it. The Kalash pot is filled with rice or water, and coins, beetle nuts, a pinch of Haldi, and kumkum dropped in it.

4. Finally, mango leaves are placed around the Kalash's mouth, and a coconut stained with turmeric serves to close the mouth of Kalash.

5. A thread with sixteen knots are tied on the wrist of those observing the puja. After sixteen days, once the puja is completed, this thread can be kept in the money box or hand purse for continued blessings.

6. The treats and offerings placed before the Deity are called bhog or prasad or naivaidya

7. During the evening, an aarti is offered to the Goddess.

8. The next day, the Kalash water is sprinkled around the house. If rice grains are part of Kalash's ingredients, they are used to make a meal of rice or Prasad for the family the next day.

The mantras given below should be recited on the day of Varalakshmi Vrat to receive the Goddess Lakshmi's blessings:

Meaning: " We bow to Shree Lakshmi"

Meaning: "We meditate on the greatest Goddess, Who is the divine consort of Lord Vishnu. Kindly bless us with higher intellect, abundance, and prosperity."

If one cannot do sixteen days of fast/puja, then one can observe puja for just three days. The first day, the last day, and the day in the middle.

Ravivar or Sunday Vrat is a superior Vrat if one wishes for a life full of name, fame, respect, money, wealth, happiness, peace, and a fit healthy body.

Wake up before sun rise and get ready. Wear clean and fresh clothes. Fast the whole day and eat only once. The food must be either completely vegetarian or comprised of just fruits/milk/yogurt (Fal Ahar). The devotee must try to abstain from food made with oil or food with salt in it. Eating salt is not allowed today.

Lord Shanidev and Lord Hanuman are prayed to on Shanivar or Saturday. It is believed that Shani or Saturn is a very powerful planet and its influence can bring a lot of distress in one's life. 'Sadhe Sati' period of Shani's 'ku-Drishti' or harmful influence is extremely painful. It is thus important to always keep Shanidev happy and satisfied so that he blesses his devotees.

One can do two types of Vrat on Shukravar or Fridays. One is Santoshi Mata Puja and one is Dhan Lakshmi Puja. Both these Vrats are all wish fulfilling and have immense power to transform a devotee's life from any kind of pain to peace, wealth, success, and happiness.

SANTOSHI MATA: Those who pray to Santoshi Mata, wake up before sunrise and offer their prayers to Mata. Chana and Gur is used for bhog/prasad. One must listen to the Vrat Katha or story. A container filled with water must be kept in front of the Puja place on which one should place the plate with the Bhog/prasad.


Brihaspativar Vrat and Puja is dedicated to Lord Shri Hari Vishnu. Lord Brihaspati is the Guru of the Gods and also prayed to today. He is represented by planet Jupiter (The biggest planet in the Solar System and very powerful). Lord Brihaspati is also considered the avatar of Vishnu.

Brihaspativar Vrat is considered very beneficial for receiving wealth, health, job, children and happiness. This Vrat is very beneficial to the ladies of the household and helps in fulfilling their desires.


Budhvar or  Wednesday Vrat is done for the fulfillment of all your wishes, for progress in Business endeavor, and for relief from any bad influence of planet Murcury or 'Budh Dev'.

One prays to Kunj Bihari  or Krishna today. One also prays to Lord Shiva today. A fast is observed the whole day and the devotee can eat once in the evening after all puja has been performed and 'Prasad' or 'Bhog'  has been distributed and eaten.
Read more »
on September 04, 2012


To obtain happiness, peace, prosperity, high position in life, respect, and obedient sons-daughters, one must observe the Mangalvar Vrat. This Vrat is a sure and successful way to receive 'mangal kamna' or auspicious wishes.

This Vrat is very powerful in freeing one from diseases and helps aid recovery in those who are sick. 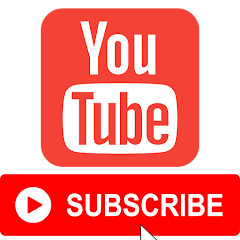 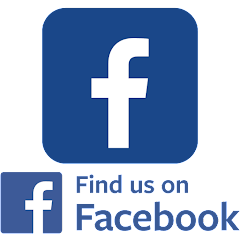 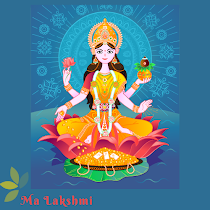